You are using an outdated browser. Please upgrade your browser to improve your experience and security.
Chicago
Article Media Additional Info
Article Contents

Illinois, United States
print Print
Please select which sections you would like to print:
verified Cite
While every effort has been made to follow citation style rules, there may be some discrepancies. Please refer to the appropriate style manual or other sources if you have any questions.
Select Citation Style
Share
Share to social media
Facebook Twitter
URL
http://www.xnwanglt.com/place/Chicago
Feedback
Thank you for your feedback

Our editors will review what you’ve submitted and determine whether to revise the article.

Join Britannica's Publishing Partner Program and our community of experts to gain a global audience for your work!
External Websites
Britannica Websites
Articles from Britannica Encyclopedias for elementary and high school students.
WRITTEN BY
Perry R. Duis See All Contributors
Professor Emeritus of History, University of Illinois at Chicago. Author of Challenging Chicago: Coping with Everyday Life, 1837-1920; and others.

Chicago, city, seat of Cook county, northeastern Illinois, U.S. With a population hovering near three million, Chicago is the state’s largest and the country’s third most populous city. In addition, the greater Chicagoland area—which encompasses northeastern Illinois and extends into southeastern Wisconsin and northwestern Indiana—is the country’s third largest metropolitan area and the dominant metropolis of the Midwest. 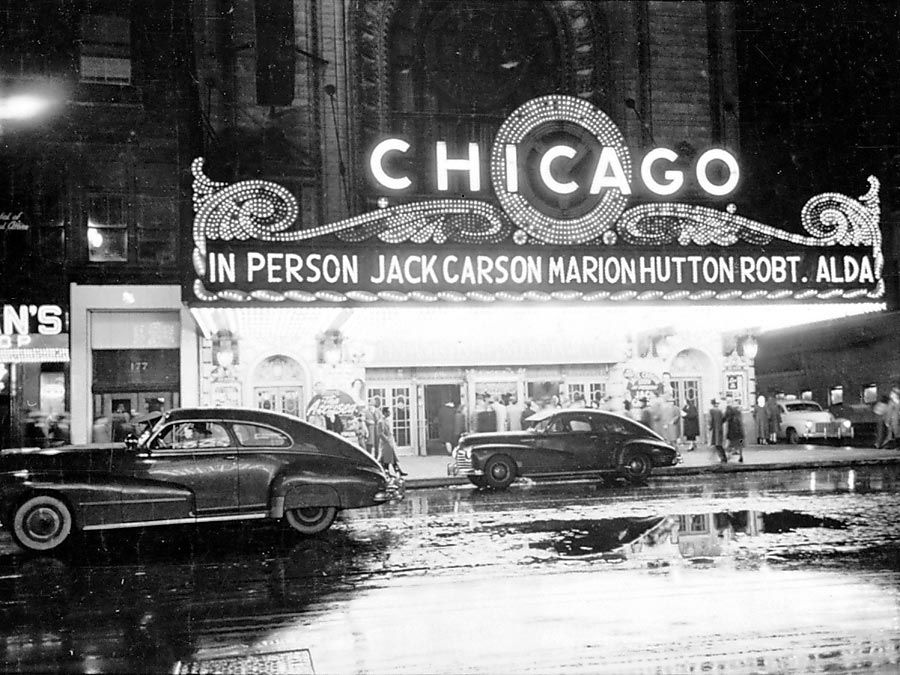 Britannica Quiz
Chicago History: Fact or Fiction?
Whether you’ve lived in Chi-town your whole life or just look at photos on Instagram, test your knowledge of the Windy City with this quiz.

The original site for Chicago was unremarkable: a small settlement at the mouth of the Chicago River near the southern tip of Lake Michigan. Indeed, a common notion for the origin of the city’s name is an Algonquian word for a wild leek (or onion) plant that grew locally. However, Chicago’s location at the southwestern end of the vast Great Lakes system could not have been more ideal as the country expanded westward in the 19th century, and perhaps this is reflected in another interpretation of the Native American term as meaning “strong” or “great.” Regardless of which derivation is correct, it was soon recognized that the Chicago River formed a critical link in the great waterway that arose mid-century between the Atlantic Ocean and the Mississippi River. With the rise of railways soon thereafter, the young city became the country’s railway hub, which helped diversify the city’s rapidly growing industrial base. Chicago continued as America’s crossroads with the explosive growth of air travel after World War II, which eased the city’s transition into a postindustrial economy.

Character of the city

A drive across Chicago’s lively immigrant neighbourhoods is a trip around the world: the cultures of virtually every country can be found in food stores, restaurants, clothing shops, music and video dealers, places of worship, and street-corner conversations. Chicago’s dizzying growth in the 19th century led to a reputation not only for disorder and political corruption but also for creativity in the arts, architecture, and business. The resulting economic opportunities also contributed to the diversity of the city’s population.

Chicago never fulfilled its dream of becoming the largest American city, but between 1890 and 1982 it was second only to New York City. That fact has contributed much to the city’s reputed personality. In the 19th century it had the image of being aggressive and self-promoting, stealing population and businesses from the East. Chicago’s “Windy City” nickname, in fact, came not from lake breezes but from its braggadocio—exhibited most dramatically in the 1890s, when it pushed aside New York and St. Louis, Mo., in the competition to become the site of the World’s Columbian Exposition of 1893. Poet Carl Sandburg hailed it as the “city of the big shoulders,” cunning and cruel, yet creative and strangely attractive. It was the “toddlin’ town” of the 1920s tune, and Frank Sinatra famously proclaimed it “my kind of town.” New York writer A.J. Liebling belittled its provinciality in a stinging series of magazine articles, collected in the 1952 book Chicago: The Second City. Chicagoans eventually forgot the book, but the adopted epithet stuck. Under the regime of the late mayor Richard J. Daley, efficient municipal services made it the “city that works.” Chicagoans still like to refer to it as the “city of neighbourhoods,” even though that description can carry connotations of segregation by race, ethnicity, and social class.

Few cities evoke as many contrasting pairs of images as Chicago. During the 19th century it was regarded as exceptional for the speed of its growth and the diversity of its population, yet its interior location supposedly made it a much more “typically American” city than New York. One-third of Chicago lay in ashes in the wake of the Great Fire of 1871, but it was rebuilt in record speed during the onset of an economic depression. It was the city of the humble immigrant and the new millionaire, the home of brazen criminals such as Al Capone and of great humanitarians such as settlement-house pioneer Jane Addams and child-welfare crusader Lucy Flower. There were raucous saloons under the watchful eye of temperance leader Frances Willard. Fetid wooden slums and horrific public housing high-rises have coexisted cheek by jowl with a uniquely innovative architectural tradition and the beautiful Gold Coast lakefront neighbourhood just north of the river. Chicago traditionally has been a shot-and-a-beer town whose best-known culinary inventions include a deep-dish pizza and a hot dog elaborately overloaded with garnishes. At the same time, it has long enjoyed a reputation for cutting-edge innovation in the arts, and the Chicago Symphony Orchestra has maintained a high level of international renown.

Chicago has been a stranger’s town throughout its history. Its position as a hub for rail and air travel has always meant that at any one time a large portion of the people in the city are out-of-towners. Over the years its location has fostered a lively convention trade—a fact that has led hundreds of organizations and corporations to call it home. As the metropolis of the country’s midsection, from the southern Great Plains to Canada and as far west as the Rocky Mountains, Chicago ranks among the country’s top tourist destinations. On any given day, the parking lots of its museums are filled with cars from dozens of surrounding states, while its varied retailers and wholesalers have long been an interstate and international magnet for shoppers.

Your preference has been recorded
Grab a copy of our NEW encyclopedia for Kids!
一本大道香蕉高清视频_一本大道香蕉久在线播放29_一本大道香蕉中文在线视频